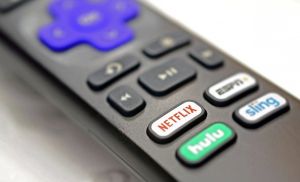 Netflix has a vast array of international shows and movies to choose from. Listed below are my top five favorites found on Netflix.

Cinderella and the Four Knights

Eun Ha-won is a bright high school senior who dreams of becoming a teacher. Unfortunately, she loses her mother in a tragic accident. When her father remarries and a cruel stepmother moves in and steals Ha-won’s college tuition, she is forced to take on part-time jobs to make her college downpayment. One day, she meets an old man who convinces her to move into a gorgeous mansion with three equally gorgeous men, who also happen to be billionaire cousins and heirs to the Kang family fortune. Between the rebel-minded loner Kang Ji-woon, playboy money machine Kang Hyun-min and the super-sweet singer Kang Seo-woo, Ha-won finds herself in the middle of the hottest love quadrangle to ever befall a modern fairy tale princess. Rounding out the mansion’s chaebol lifestyle are Lee Yoon-sung who serves as the cousins’ handsome bodyguard, and Park Hye-ji, a gorgeous girl who has been neighbors and in love with Hyun-min since childhood. (source)

Thoughts: Cinderella and the Four Knights has become my latest obsession on Netflix. With 16 amazing episodes and a bowl of popcorn it’s easy to binge this show. Don’t let the description fool you. It’s not a completely stereotypical show. The trailer on Netflix is what drew me in! Some heavy topics are touched without completely killing your heart. If you enjoy a strong female lead with a soft heart then check out Cinderella and the Four Knights.

Set in Madrid, a mysterious man known as “The Professor” recruits a group of eight people, who choose cities for code-names, to carry out an ambitious plan that involves entering the Royal Mint of Spain and escaping with €2.4 billion. After taking 67 people hostage inside the Mint, the team plans to remain inside for 11 days to print the money as they deal with elite police forces. In the events succeeding the initial heist, the group are forced out of hiding and find themselves preparing for a second heist, this time on the Bank of Spain, as they again deal with hostages and police forces. (source)

Thoughts: Dear, Dear, Money Heist. The wait for the final season is still upon us due to Covid-19. Money Heist had so much hype built around it that I didn’t have the urge to watch it. Finally, so many seasons later, I caved. There wasn’t an ounce of regret in caving! Each episode leaves you wanting more. Money Heist is like a package full of crime, drama and suspense with a pretty bow on it.

It was Raymond Wong’s idea to develop a biographical film about Wing Chun master Ip Man. Principal photography began in Shanghai in March 2008 and ended in August. The film was released in Hong Kong on 18 December 2008 by Mandarin Films, and earned around US$21.8 million against the US$11.7 million budget. Donnie Yen portrayed the role of Ip Man in the film, set in the 1930s, focuses on events in Ip’s life in the city of Foshan during the Sino-Japanese War. (source)

Thoughts: Ip Man, also known as Yip Man, was a real life martial artist. Netflix brings us a collection of Ip Man movies. If you enjoy martial arts then definitely give Ip Man a chance. My Father was a huge fan of these movies.

Kuch Kuch Hota Hai (transl. Something happens) also known as KKHH, is a 1998 Indian Hindi-language romantic comedy-drama film, written and directed by Karan Johar. It stars the popular on-screen pair of Shah Rukh Khan and Kajol in their fourth film together, along with Rani Mukerji and Salman Khan . The film also marks the film debut of Sana Saeed. The plot combines two love triangles set years apart. The first half covers friends on a college campus, while the second tells the story of a widower’s young daughter who tries to reunite her dad with his old friend. (source)

Thoughts: Kajol. Enough said. The Goddess of Bollywood needs no introduction. She co-stars in Kuch Kuch Hota Hai along side with Shah Rukh Khan. KKHH has what you can find in most Bollywood movies. Romance, comedy and drama. Unfortunately there is a specific heartbreaking moment in the movie but it’s saved with a happy ending.

Kabhi Khushi Kabhie Gham is a lavish movie that deals with the issues of class distinction and the roles of women and men in marriage. It opens with a grown Rohan (Hrithik Roshan) finishing his boarding school education and returning to visit his grandmothers before he goes home for Diwali. His grandmothers, haunted by the memory of Rohan’s estranged brother, Rahul (Shah Rukh Khan), sit Rohan down, and in their grief, tell him the story of his family. (source)

Thoughts: Kabhi Khushi Kabhie Gham is my favorite Bollywood film of all time. I’ve probably watched it at least five times or more at this point. The stories that unfold are deeply saddening but also beautiful. Don’t worry, contrary to what takes place there is definitely a happy ending in this movie!

Delhi girl Ginny lives with her matchmaker mother and is set up with Sunny, who has given up on the idea of love. He just wants to get married and settle down. But, the match is not that simple. As Ginny meets Sunny, there’s a lot more that comes to the fore than previously imagined in this tale of love, life, weddings and music. (source)

Thoughts: Ginny Weds Sunny isn’t one of my top five favorite international picks but it is a great movie if you ran out of Bollywood films. It’s light hearted, funny and lessons are learned. 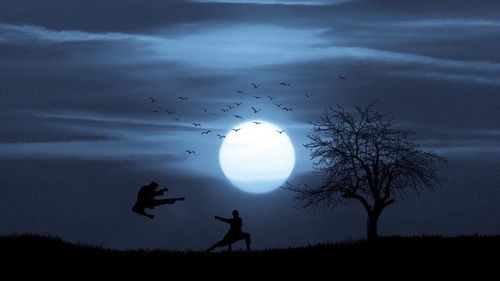